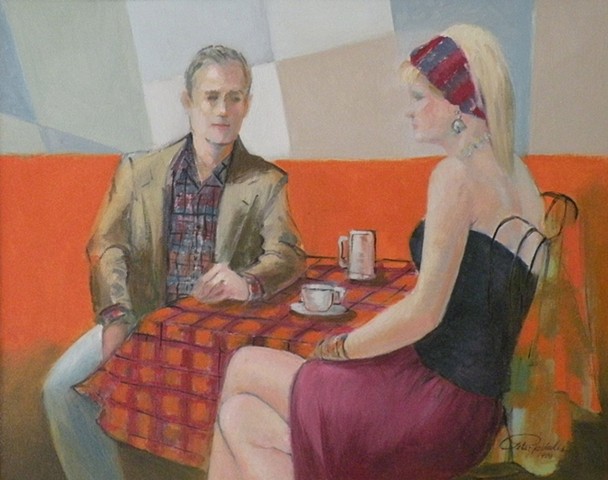 Peter Haikalis had a productive and long career as a fine artist and advertising executive. He died at the age of 95 in January 2014. His work was juried into numerous shows and several were sold to many in metropolitan Washington D.C. Selling his art was not his primary focus, as he provided for his family with his full-time work. He leaves behind probably hundreds of paintings and drawings; including dozens of sketchbooks filled with drawings from the family vacations at the Eastern shore. Enclosed are a mere sampling. The nudes were painted from live models. The expressive paintings were out of his own imagination.

Many paintings are unsigned and untitled. He preferred to concentrate only on his painting. When they were entered into shows, he would assign a title. The sizes noted are unframed unless otherwise noted.